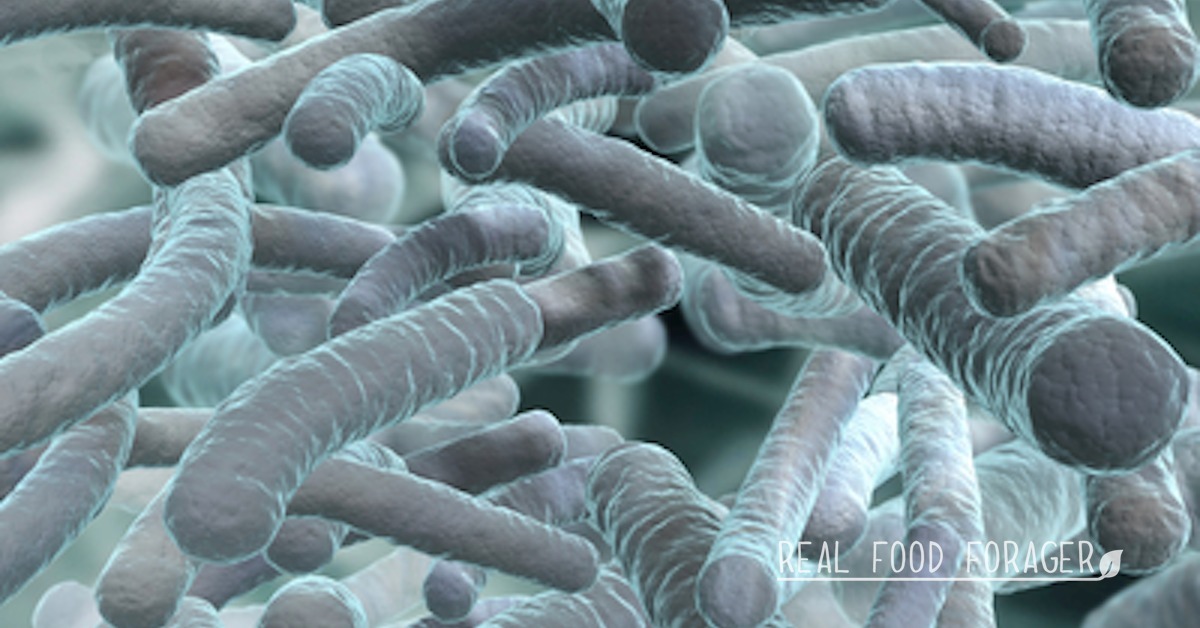 Chiropractors have led the way to functional medicine. We always talk about gut bacteria. Gut bacteria are critically important in autoimmune disease.

These days we have a lot more evidence based science that allows us all to really and truly heal the gut.

Thanks to the Human Genome Project, we have identified the fact that bacterial DNA outnumbers human DNA by a factor of 10.

Where is all this bacterial DNA coming from?

Knowing this, it behooves us to learn how to feed and nurture the gut bacteria so they can do the job they have evolved into.

Gut bacteria are critically important in autoimmune disease, because they provide a protective barrier along the entire length of the digestive tract much like a thick layer of turf protecting top soil.

This is called the gut mucosa.

Underneath, there is a lining that is only one cell thick! These are epithelial cells that control the size of particles that come into and out of the gut lumen by check points or spaces in between the cells, called the tight junctions.

The tight junctions can open and close according to what is activating them. They are regulated and controlled by a substance called zonulin.

If there is dysfunction to the barrier, large protein particles and other toxins and metabolites will, improperly, be allowed into the circulation.

This triggers an immune response.

What is the Function of the Gut Lining in Autoimmune Disease?

Gut permeability is the battlefield where genes and environment meet.

The epithelial cells are one cell thick. On top of the epithelial layer is the mucosa, which has different parts:

The top part of the mucosa (mucin 1) is liquidy and this is where bacteria –  the microbiome lives.

In IBD, it is the person’s own bacteria that is in the wrong place.

In all autoimmune diseases you must improve the structure of the mucosal layer.

The epithelial cells lining the intestine (enterocytes) are stacked up close together, creating the hills and valleys of the brush border, in order to increase the surface area of the intestine.

We know that the protein called zonulin is a signaling mechanism for opening and closing the tight junctions in the intestine. Zonulin also serves as an escort through the membrane for certain molecules and bacteria.

We know that gliadin (the prolamine in gluten) causes zonulin levels to increase in people with the genetic pre-disposition to celiac disease.

As zonulin levels go up, the tight junctions become lax, widening the space between the cells of the lining and increasing gut permeability.

When this happens, the gut membrane has spaces which allow large food particles into the body that shouldn’t be there. These are noticed by the immune system and targeted as foreign.

An immune response ensues and the worse it gets, the more damage to the enterocytes and the mucin 2 layer of the gut mucosa occurs.

The more damaged the enterocytes, the leakier the gut gets and so on, in a vicious cycle.

As more aspects of the immune system get involved (various cytokines involved in the cellular and innate immune systems) the worse things get, and in the process, the microvilli are damaged and eventually flattened (in celiac disease).

That is a serious condition that makes it very difficult to absorb nutrients.

In other inflammatory bowel diseases, the intestines become ulcerated and bleed.

That is a serious condition that makes life miserable for those suffering from celiac,  Crohn’s disease or ulcerative colitis.

One of the most important substances needed to heal and nurture the mucous membrane is butyrate.

Buyrate is made in the human body by commensal spore bacteria and it creates a physical barrier between gut bacteria, thus protecting the mucosal layer.

Gut commensal spore bacteria reduce inflammation in the gut – inflammation that is causing damage to the intestinal lining.

Spore bacillus live in the gut and create a functional change. They will produce a high level of buyrate (this is possibly the mechanism in healing leaky gut). Butyrate also helps the body metabolize sugar and this can help in diabetes.

These foods help feed and support the bacillus bacteria that make butyrate for us.

You can treat all autoimmunity by treating gut barrier function – healing the leaky gut.

You can actually help prevent the development of autoimmunity by nurturing the gut.

Find out more about the benefits of butyrate here.

There is an important new category of gut bacteria that has emerged from the current research in the gut microbiome called gut commensal spores. Some of them, have been around for over 50 years and are being used in Europe as prescription medicine for digestive disorders.

Thankfully, more research is being done here in the US with gut commensal spores!

Researchers found some very exciting results with B. subtilis HU58:

Butyrate is a powerfully protective substance that most of us do not have in sufficient quantity.

Butyrate is a critical energy source for the colonic cells, which protects the cells from uncontrolled growth (tumor growth). Butyrate is also known as an immune system modulator, which can help tamp down an over-active immune system in the gut.

This is crucial for those with autoimmune disease!

How Does Leaky Gut Develop?

There are many causes of leaky gut syndrome.

Gliadin (a gluten protein) is a toxic substance for some people and is just one of the ways a leaky gut may develop.

Other ways, include damage to the intestinal lining from antibiotics, steroids, NSAIDS, food additives, imbalance in gut bacteria or dysbiosis, etc.

For people with the genetics for celiac, gliadin is a dangerous molecule.

For people with the genetics for celiac, gliadin is like kryptonite was to superman – very destructive and should be avoided like the plague.

Gliadin is a protein that is very difficult to digest.

Even in a  properly prepared grain, gliadin can be difficult to digest – it is especially difficult for people with the celiac gene.

Even in healthy people with the gene for celiac, particles of gliadin will be bouncing around the intestine, undigested. This starts an immune response and a vicious cascade of inflammatory cytokines which eventually leads to flattened and destroyed microvilli, which can take years to occur.

Additionally, people who have no genetics for celiac, can also be gluten sensitive and will need to eliminate it from the diet.

Good Gut Flora is Hard to Come By

In this day and age, with all the toxins in our food, water and air, and the gut breaking lifestyles we have, many people suffer from an imbalance in their gut flora.

It’s no surprise so many people are sick with autoimmune disease.

The famous quote by Hippocrates so many years ago says it all – all diseases begin in the gut.

A person with an unhealthy digestive tract (dysbiosis) will have trouble digesting certain foods. Of the three macronutrients (proteins, carbohydrates and fats), carbohydrates are actually the hardest to digest.

Carbohydrates are also the main food for the intestinal flora.

In my practice, I have used the concept of the 3 R’s with patients who have broken guts.

The first concept is to remove the offending foods.

I have found that removing all grains is a great first step in this rehabilitative process. This takes away any interference to healing because it removes foods that are not being digested properly and that are left in the gut as food for the pathogens.

Remove the food the pathogens feed upon and you are one step closer to healing.

There are many steps on the road to repairing damage to the intestinal lining and the gut flora.

Healing foods like bone broths and good fats from animals on pasture help in this process. I have written a lot about the good fats that have been much maligned by health officials, the USDA, American Heart Association and many other conventional associations.

Check my other posts for more information about butter, tallow, CLA, coconut oil and other good fats.

It is essential to restore the good microflora in the gut with supplemental probiotics as well as gradually introducing traditionally cultured foods such as yogurt, kefir and fermented vegetables.

The benefit in fermented foods is actually in the ferment. Spore probiotics are an important addition to any healing protocol.

Grab my favorite gut commensal spore probiotic here and use FORAGER10 for a 10% discount!

You may be interested in my ebook Heal Your Microbiome Optimize Your Health.

If you are a healthcare provider and are interested in the stronger, practitioner brand of spore probiotics called Megaspore, please contact me at Jill at microbiomelabs.com. Full disclosure – I am an account manager for this company, because I believe their product is completely superior to most probiotics on the market.

New Therapeutic Modality that May Conquer Inflammation in Autoimmune Diseases