5 Reasons To Make Sourdough Bread Your Only Bread 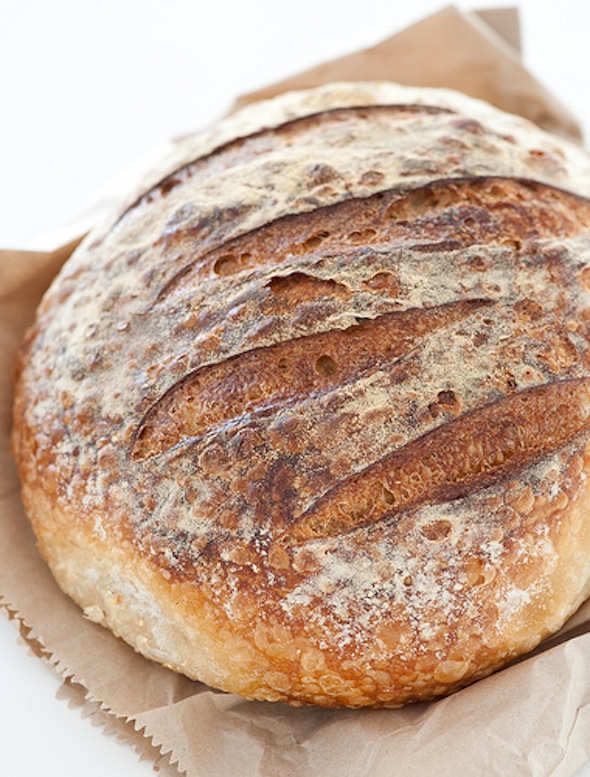 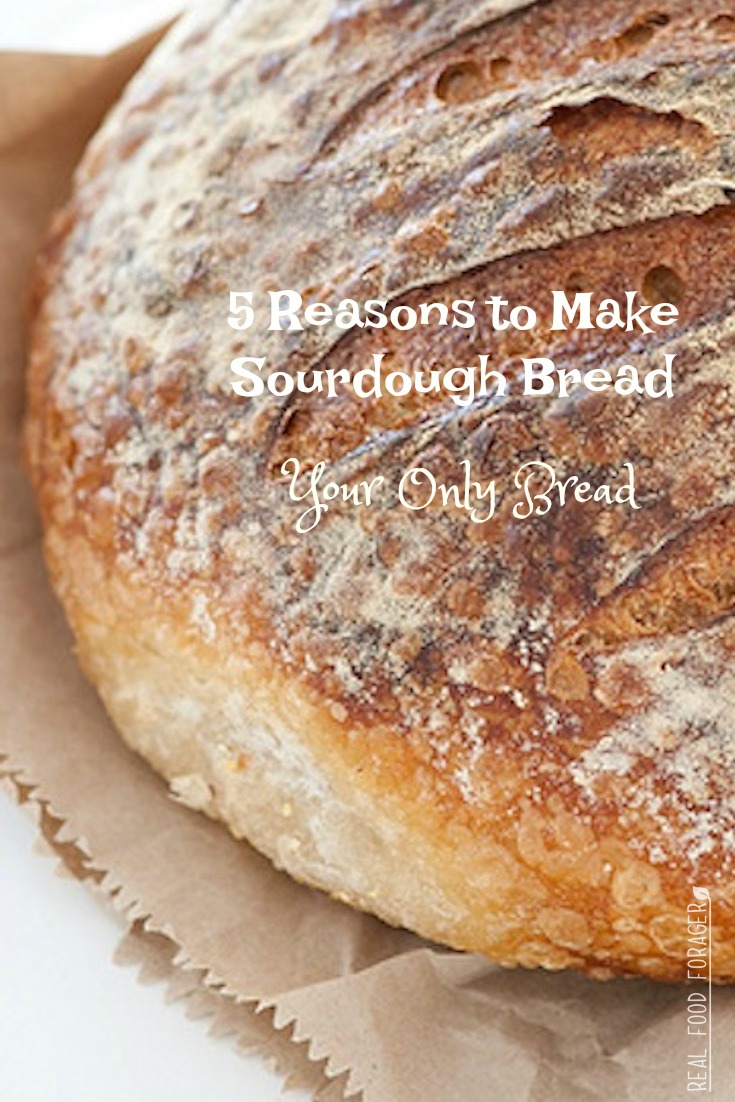 I’ll never forget the first time I ate sourdough bread in, of all places, San Francisco. Aside from the amazing taste, here are 5 reasons to make sourdough your only bread.

My Love Affair with Sourdough Bread

My dear friend Sue and I were college grads on a cross country adventure. We found ourselves across the bay, in Sausalito, enjoying the shops and streets filled with people on a brilliant summer day.

Strolling along, we passed a bakery emanating the siren smells of fresh baked bread.

It beckoned us in.

We purchased a huge loaf of the famous San Francisco sourdough bread.

Once started, we couldn’t stop eating that amazing bread – had to cancel dinner plans as we were stuffed with sourdough! Since then, it’s been an unrequited love affair (because I’m mainly grain-free) between sourdough and I.

Originating in Ancient Egypt around 1500 BC, sourdough was probably the first form of leavening available. Sourdough remained the usual form of leavening into the European Middle Ages. Later on it was replaced by barm from the beer brewing process, and then purpose-cultured yeast.

Bread made from 100% rye flour, which is very popular in the northern half of Europe, is usually leavened with sourdough. We actually know that the people in the isolated Lötschental Valley in Switzerland, who were studied by Dr. Price, made huge loaves of sourdough rye that went through a two week fermentation process.

Many other cultures around the world have used some form of bacterial starters for fermenting bread. For instance, the Mexican corn cakes, called pozol are fermented for as long as 2 weeks in banana leaves. Ethiopians make a bread called injera by fermenting the grain teff for several days. (Source)

An alternative traditional preparation of grains and breads would be to soak the grains or even the flour before baking. This is usually done by adding a soured dairy product such as yogurt or kefir and letting the grains or flour soak overnight in a warm place.

Here again, this process removes the phytic acid, enzyme inhibitors and other anti-nutrients present in the bran of the grains.

And you thought whole grains were better than processed grains! In fact, whole grains are harder to digest than white refined grains. But if they are prepared properly, whole grains are, indeed, more nutritious, because you will actually be able to absorb the nutrients and minerals in the grains and make them available.

When grains are not properly prepared, as in most commercial bread products, the phytic acid in the grains binds up all the minerals and blocks their absorption in the intestines.

Sourdough is a dough containing a Lactobacillus culture, usually in symbiotic combination with yeasts. However, the lactobacillus is much greater in proportion to the yeast.

In comparison with yeast-based breads, sourdough produces a distinctively tangy or sour taste, mainly because of the lactic acid produced by the lactobacilli.

Sourdough is an Ancestral Pre-Ferment

The actual medium, known as starter or levain, is in essence an ancestral form of pre-ferment. It is not uncommon for a baker’s starter dough to have years of history, from many hundreds of previous generations.

Folks used to always save some starter and share it with friends and family.

Sourdough was the main bread made in Northern California during the California Gold Rush. The bread was so common that sourdough became a general nickname for the gold prospectors.

Sourdough fermentation was carried into Alaska and the western Canadian territories during the Klondike Gold Rush. Conventional leavening such as yeast and baking soda were not reliable in the conditions faced by the prospectors.

Miners and other settlers carried a pouch of starter either around their neck or on a belt in order to protect the cultures from freezing.

5 Reasons To Make Sourdough Your Only Bread

The longer rise time needed for sourdough bread increases the lactic acid and creates an ideal pH for the enzyme phytase. This enzyme breaks down phytates (read more about the dangers of phytic acid here) more effectively than in yeast breads.

Sourdough rye has the least amount of phytates (somehow the Swiss culture mentioned above must have known this) making it a healthier bread. As mentioned above, phytic acid will bind up any nutrients and minerals present in the grains and make them unavailable for human assimilation.

The bacteria and yeast in the sourdough culture work to predigest the starches in the grains, thus making it more easily digestible to the consumer.

This is beneficial, especially to people who eat a lot of bread products.

Here again, the longer soaking and rising times in the preparation of sourdough breaks the protein gluten into peptides and amino acids, making it more digestible.

This is helpful for bread eaters, but people who have to be gluten and/or grain free would not be able to eat sourdough bread.

4- Sourdough Acts as a Preservative

The acetic acid which is produced along with lactic acid, helps preserve the bread by inhibiting the growth of mold.

Additionally, the researchers found that the positive response lasted through the next meal and for several hours after that. They concluded that what you have for breakfast will influence how the body responds to the next meal.

This is all well and good, but the most pressing reason to eat sourdough bread is the TASTE!

If you eat grains, make sourdough your primary source of grains. And don’t be fooled by most of the packaged breads that claim to be sourdough bread. Most of them do not use authentic sourdough starter.

Read the labels carefully. It has to state sourdough starter or it will not be the real deal.

You will be able to taste the difference when it is authentic. For this reason, you may want to make your own, unless you know a bakery that is clearly using authentic sourdough starters!

Where to buy GLUTEN-FREE sourdough bread starters and kits!

8 Reasons to Add Probiotic Foods to your Diet

How to Make Continuous Kombucha