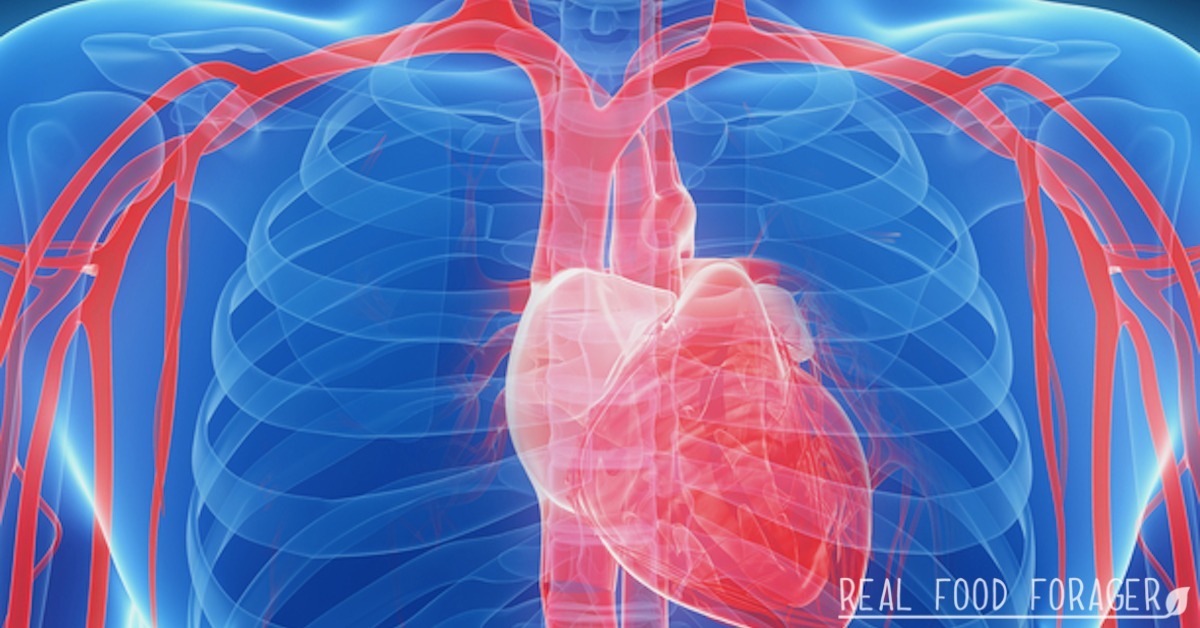 It turns out that Vitamin K2 is often neglected and misunderstood. Vitamin K2 is the critically overlooked vitamin that protects your bones and heart.

The Weston Price Foundation emphasizes the importance of the fat soluble vitamins that Dr. Price studied. It was a great day when Chris Masterjohn identified Price’s mysterious “Activator X”.

Vitamin K1 Has Little to do With K2

Due to the chemical similarities of K1 and K2, they have been named as cousins.

However their jobs are totally different. K1 (phylloquinone) is necessary for blood clotting and is so important it can be recycled in the body.

This ensures that there is never a shortage of K1 even if the diet is lacking. K1 is an “activator” of sorts as it does activate proteins called clotting factors to form clots when needed to patch up a bleed.

K1 may be derived from green leafy vegetables and any plant that undergoes photosynthesis. Those people that do not eat many greens are still protected because of the feedback mechanism.

Additionally, if there were to be an extreme shortage of K1, the body can and will convert K2 to K1.

That is the only relationship they have. There are also other members of the K family; K3 – K7 however these are synthetic and nonessential (not to be confused with MK-4 and MK-7 which are critically important.)

In the 1930’s Dr. Price identified the presence of another fat soluble substance (other than A & D which were already known at the time) which he called “Activator X”.

He found this substance in fish eggs, egg yolks, organ meats and particularly in the butterfat of cows eating the rapidly growing green grass in spring and fall.

From this nutrient dense butterfat, Dr. Price created an oil rich in Activator X which he used in his clinical practice.

This “high vitamin butter oil” is the critical adjunct to taking a vitamin A & D rich supplement like cod liver oil because it directs the minerals to their proper place.

The Activator X that Dr. Price used had a remarkable healing effect on bones and teeth. Since he was a dentist, he was able to document the teeth before the treatment and then again after the treatment with Activator X.

The Displacing Foods of Modern Commerce

In his extensive studies of traditional cultures that exhibited beautiful dentition, wide arches, no crooked teeth and no cavities, Dr. Price also observed that these people enjoyed radiant health.

Dr. Price realized that it was not so much the displacing foods of modern commerce (in the 1930’s they were: white flour, white sugar, white rice. vegetable fats and some canned goods) but the lack of the “essential factors” that was causing the dental and health problems of his generation.

Dr. Price found that there were 4 times the mineral content and water soluble vitamin content of the SAD (Standard American Diet) of the 1930’s. Today it is much worse.

He also found the traditional diet had 10 times the fat soluble vitamin content.

He focused in on the fat soluble vitamins because he felt these were the “nutrient catalysts” and activators.

He realized that modern people were starving for nutrients. This occurred because they were lacking in the fat soluble activators and thus could not absorb the minerals.

This is so true today.

These two critically important vitamins work in tandem with each other and with K2. Vitamins A & D work as hormones at the cellular level. They trigger our DNA to make proteins and enzymes in conjunction with cofactors to place nutrients where they are needed.

Here is where it is critical to understand the interrelationship between these fat soluble vitamins. Some people recommend large doses of vitamin D to cure many ills.

Others shy away from vitamin A because it has gotten some bad press with mistaken toxicity. This has resulted in a seesaw with way too much vitamin D and way too little vitamin A. For most people vitamin K2 is also much too low.

What Happens When Vitamin D is Too High?

When vitamin D is too high, much of the calcium in the blood does not end up in the bones, which is the correct place. But rather, it ends up in the soft tissues of the joints and blood vessels where it does not belong and where it will cause problems.

Vitamins A & D regulate the activity of genes that cause cells to produce the proteins to which the minerals and water soluble vitamins will bind. Vitamin K2 is like a conductor, orchestrating the correct movement of minerals to the correct places — calcium to the bones — not the soft tissues.

According to Dr. Kate Rheaume Bleue, author of the fantastic book, Vitamin K2 and the Calcium Paradox

When you take more of one fat soluble vitamin, you create a greater need for the others. (p.194) … It is critical to be aware that too much vitamin D on its own can demineralize your bones. Vitamin D increases the demand for vitamin K2… (105).

This is the critical point.

Current doctors and nutritionists recommend a lot of vitamin D and too little vitamin A (or ignore it entirely) and many are still not aware of the importance of K2.

What follows is the disaster in heart health that we have today – atherosclerosis in a high percentage of the population leading to heart attacks at an unprecedented rate.

Aside from the cholesterol debacle, this common imbalance and deficiency of the fat soluble vitamins has led to an epidemic of atherosclerosis.

The calcium that so many people take as supplements or try to eat in food, is not helping the bones at all – but rather it ends up in the soft tissues like the lining of the arteries, hardening them and forming clots.

This leads to narrowing of the arteries and decreased function which eventually leads to heart disease.

Atherosclerosis is Accumulation of Calcified Plaque

Atherosclerosis is the buildup of calcium, fatty substances and scar tissue in the inner lining of an artery.

If the buildup gets significant, it can reduce blood flow through an artery or make the artery fragile and easier to rupture. A rupture will cause blood clots that may block blood flow or travel to other parts of the body like the brain and cause a stroke.

Coronary artery disease is the result of the formation of plaques in the arteries that supply the heart with oxygen. Coronary artery calcification is part of the development of atherosclerosis and heart disease follows.

According to this study published in the Journal of the American Medical Association in Jan 2014, Coronary artery calcium (CAC), measured by computed tomography (CT), has strong predictive value for incident cardiovascular disease (CVD).

The presence of calcium plaques is a much better predictor of heart disease than cholesterol levels. The test to ask for is a CAC (Coronary Artery Calcification) Test or Heart Scan. There are some pros and cons to the test so research that for your own situation so when you ask your doctor about it , you can be proactive.

Heart health is not contingent upon having “good” cholesterol numbers. Actually, 50% of people who have heart attacks have normal cholesterol, as this study published in the American Heart Journal in 2009 revealed. However, the researchers reached a different conclusion then I would – they concluded that we need to further lower the criteria for “good” LDL levels.

They just don’t get it.

The real culprits in heart disease are calcium-rich plaques that build up in the arteries leading to blockages. According to Rheaume-Bleue,

Research now confirms that vitamin K2 is the single most important nutritional factor in preventing and even restoring arterial blockages. Indeed, ensuring adequate vitamin K2 (menaquinone) intake might be the most important thing you can do to extend your life. ) p.89)

Beulens et al in this study published in Atherosclerosis in 2009 found an association between high dietary menaquinone (K2) intake with reduced coronary calcification, they concluded that,

There was an even earlier study, published in the Journal of Nutrition in 2004 – Dietary intake of menaquinone is associated with a reduced risk of coronary heart disease: the Rotterdam Study.

In this study the researchers investigated the activation of Gla-proteins (the proteins which inhibit vascular calcification).

They found that the activation of these proteins depends on the availablilty of K2 (menaquinone). This was a large population study and one of the first to suggest that an adequate intake of menaquinone (K2) could be important for coronary heart disease prevention.

What You Can Do To Prevent Atherosclerosis

What this all means is that vitamin K2 is critically necessary to balance vitamins A, D and calcium in the regulation of the movement of calcium into the bones and not into the soft tissues of the arteries.

This also holds true for other tissues such as joints and other places calcium accumulates such as in the formation of kidney stones.

The best food sources of K2 (MK-4) are in animals that have been raised on grass and green forage.

As mentioned earlier, the best sources are from the butterfat of cows that have been eating the rapidly growing green grass of spring and fall. Dr. Price analyzed thousands of samples of grass and the corresponding butterfat and came to this conclusion.

Therefore, butter and ghee from grassfed cows are very good sources of K2.

The best vegetable source of K2 is MK-7 which is found in fermented soybeans or natto.

The K2 is actually synthesized by bacteria during fermentation. There may be a texture and smell issue for some, but the Japanese eat it and they have low levels of heart disease.

Click here to see a chart of selected food sources of K2.

Sadly, it has been found that most people in the western world do not get enough K2 in their diet. Therefore it is important to supplement with a good quality supplement.

Where to buy Vitamin K2 and the Calcium Paradox by Dr. Kate Rheaume Bleue

What are you doing to keep your bones and heart healthy? Leave a comment and let me know!

Vitamin D for Autoimmunity – But You Must Take it With This Super Nutrient!