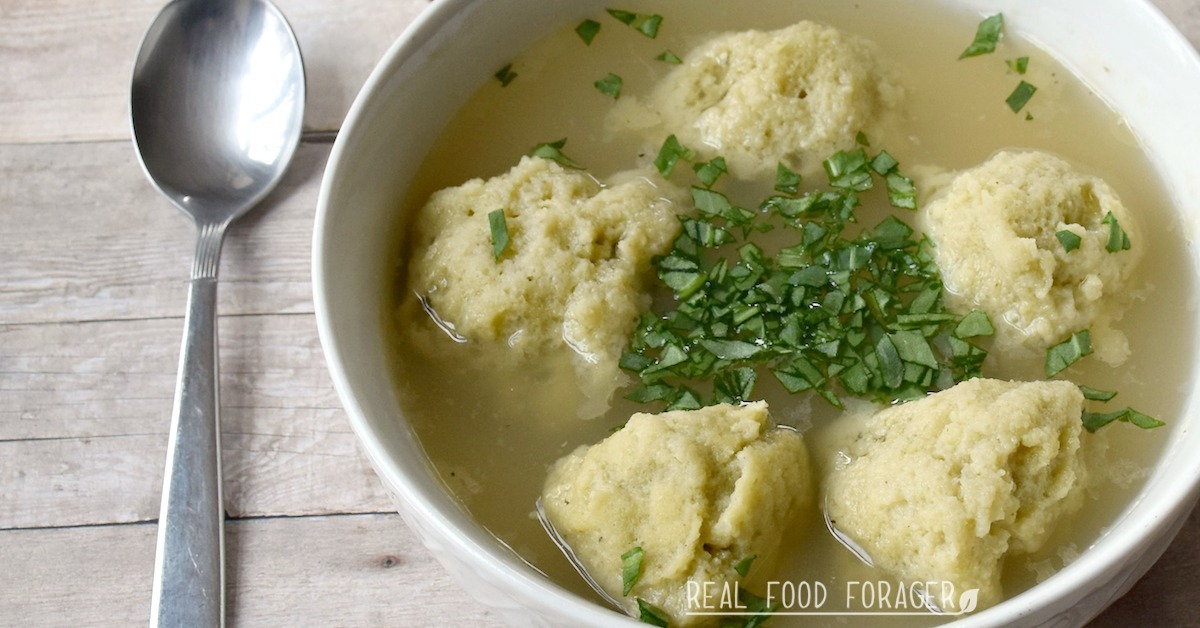 As a grain free alternative, I thought I would try to make cassava flour matzoh balls. Call them matzoh balls or dumplings, these are amazingly light!

Cassava flour is a great substitute for wheat flour. Traditionally matzoh balls are made with matzoh meal, which is a courser grain than a flour, but the cassava flour only comes as a fine flour.

While it is part of the traditional meal on Jewish holidays, matzoh ball soup is enjoyed year round by many people.

I also call these cassava flour dumplings, because they are not as perfectly round as most matzoh balls.

Also known as Jewish penicillin, it does indeed ward off the chills and aches of a cold or flu.

There are several ways to make the broth part of the soup:

The key to making grain-free matzoh balls that stick together is in the fat.

You should use chicken fat for this recipe. However, if you do not have any chicken fat (or duck fat) on hand, I have seen recipes using avocado oil, though I have not tried that so I don’t know how it will work.

The chicken fat give it that traditional flavor and it helps hold it together.

Another tip is to make small balls – the size of a quarter. If you try to make these balls larger – they will fall apart.

You might be interested in my Grain Free Matzoh Balls made with almond flour which are SCD, GAPS compliant.