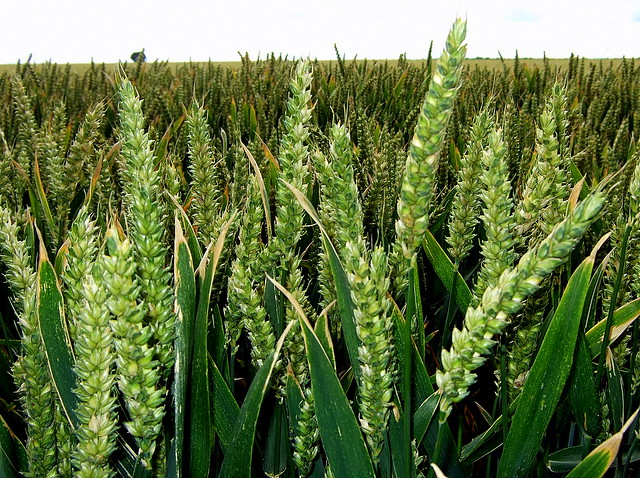 In the past 50 years celiac disease has increased from 1 in 700 to 1 in 100. While many think it is mainly an “inherited” disorder, the pattern of inheritance is complicated. Additionally, there is a lot more involved than inheritance. It’s easy to blame a disease state on inheritance. So, what then is causing this increase in gluten sensitivity? There are several reasons listed below which I will explain further:

The type of inheritance pattern that celiac disease follows is called multifactorial, meaning that it is caused by many factors, both genetic and environmental. Researchers think that several factors must exist in order for the disease to occur.

Stimuli that may provoke a reaction include physical stress such as surgery; a change to a low fat diet, because that usually involves eating an increased number of wheat-based foods; severe emotional stress; or a bacterial or viral infection. The combination of genetic predisposition and an outside stimulus leads to celiac disease.

This set of circumstances may apply to the onset of many “chronic” diseases. It is my belief that before the onset or “trigger” of a chronic condition, there is a “bucket” full of other, underlying reasons for the expression of a disease state. The “bucket” may contain some of the reasons listed above and may become full to overflowing with issues that allow the trigger to activate a disease state.

For example, in adult onset celiac, that person may have several underlying conditions that will eventually allow for the expression of celiac. They may have a poor diet to begin with — the Standard American Diet, that includes plenty of deamidated gluten and genetically modified foods, as well as a high carb, low fat diet. They may have enzyme deficiencies that leads to poor digestion of food. This in turn leads to poor nutrient absorption and leaves the person in a deficient state. Along comes a trigger such as a severe emotional upset or a surgery and “suddenly” you have  disease state. It is really not a sudden onset even thought the symptoms may be expressed in a sudden way. It’s something that has been festering for months to years. Due to the above listed environmental toxicities, the disease rears it’s ugly face.

Deamidation is a new industry adopted form of processing gluten that uses acid or enzymes. This deamidated gliadin is soluble in water (whereas regular gliadin is not) and so is more versatile and beneficial for the food industry. It may be added to many foods easily without changing the food’s qualities.

However, the immune response to this deamidated gliadin is much greater than to regular gliadin. A double blind, placebo controlled food challenge study in 2003 concluded that these processes used for gluten deamidation generate new allergenic epitopes.

Studies show that this extensive use of deamidated wheat isolates (gliadin) may be a major cause of hidden food allergies.

These isolates are used as food emulsifiers, gelling agents, stretchablility agents in meat products, sauces and soups and as clarifying agents in red wine. Clearly, it is pervasive in the packaged food supply. Sadly it is even present in protein products like meat. This makes it extremely difficult for a sensitive person to avoid this chemical.

Studies show that this deamidation of gliadin peptides produces a greater activation of T cells – a greater immune response to it.

Complicating the issue is that there are many fractions of gliadin and all of these fractions can cause reactions. However, only the most common fractions are typically tested, leaving many people with a negative test which can be very misleading.

In fact, it was found that 50% of patients do not respond to the alpha-GLIA peptide (most commonly tested) but to a diverse set of gliadin and glutenin peptides, including 6 novel epitopes. Fortunately there are some labs that are starting to test for all the fractions but this is not currently in main stream medicine.

To further complicate the problem, some people have cross reactivity problems. That is, certain foods will cause the same antibody reaction even though it is not considered gluten. Some foods to be careful with if you are gluten sensitive are: milk and dairy products (some people are just fine with raw fresh dairy products), chocolate, millet, amaranth, quinoa, spelt, sesame, corn, rice and potato.

Ultimately, some people with celiac disease need to be off all grain, starch and sugar products in order to heal the intestine — some just for a while, some for life. That is where the Specific Carbohydrate Diet and the GAPS Diet become viable options for healing. What are your thoughts on this? Leave a comment and let me know!

Why I Switched from GAPS to Paleo AIP