Your Brain on Grains – Much Worse Than We Thought 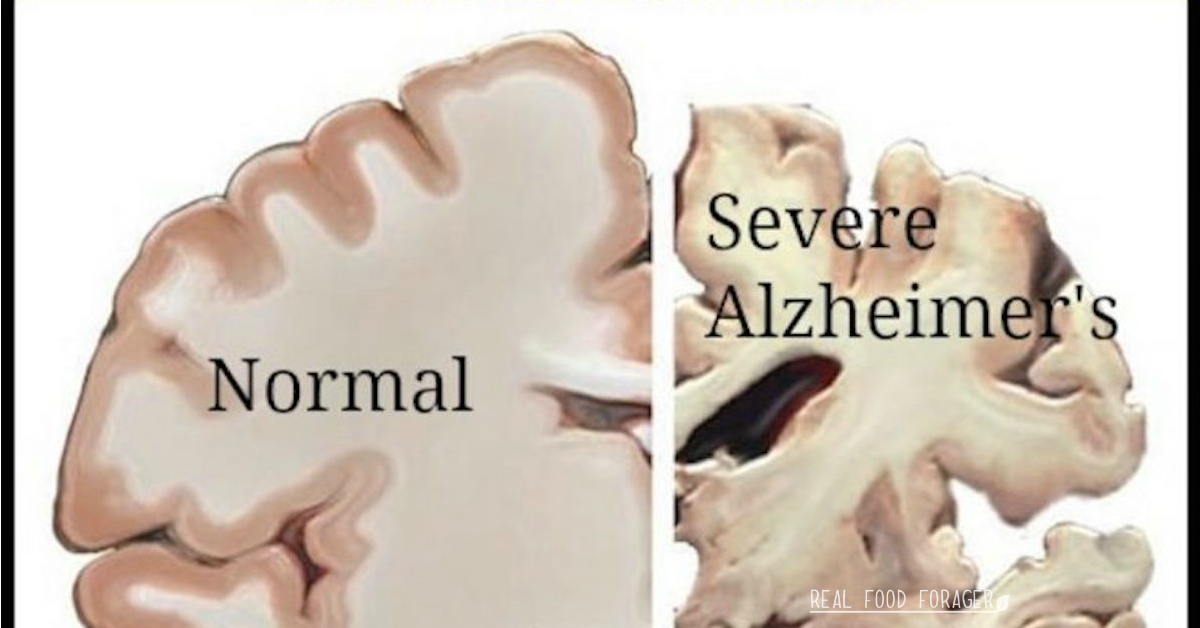 Research is now showing the effects of sugar on brain function. We can now see your brain on grains and it is much worse than we thought.

I have known about Dr. Perlmutter for years because of his excellent results with Parkinson’s patients. Now he has written this scholarly book about the effects of grains on the brain, that is based on recent documented scientific research from excellent juried medical journals.

You can’t get any more scientific than that!

Alzheimer’s and Dementia On the Rise

The cases of Alzheimer’s and dementia are on the rise – in epidemic proportions.

Two-thirds of those with the disease – 3.4 million – are women. Of Americans aged 65 and over, 1 in 8 has Alzheimer’s, and nearly half of people aged 85 and older have the disease.

This is a Health Care/Caretaker Crisis

Health analysts make a dire estimate. They predict that in just five years the number of Americans with Alzheimer’s will jump to 7.7 million and by 2050 the number is projected to more than double to 16 million.

Why is this disease growing so rapidly?

Conventional health officials talk about how our population is aging and more people are living longer, in order to explain these alarming statistics. However, the rapid rise of chronic illnesses in middle aged people (and children) has paralleled the increase of thousands of additives in our food supply and the switch to a “Fast Food Nation.”

The NEJM published in April 2013 Rand Corp reported that we are spending about $157 billion to $215 billion annually, or $57,000 for each person with the disease. This exceeds what we are spending for heart disease and cancer. Neurological disease is the most rapidly growing cause of death in the Western Hemisphere with the US in the lead.

Alarmingly, the onset of neurological disease is starting at an earlier age. There is no pharmaceutical fix.

Two Conditions that Cause Brain Degeneration

Big pharma has rushed to produce a drug that prevents the breakdown of acetylcholine, but it does not work very well.

Parkinson’s has the same scenario but leads to decrease in dopamine. Big Pharma has produced drugs to replace dopamine.

Again, these do not work very well.

We need to address the actual cause of the shrinking of the memory center of the brain – the hippocampus. It is affected by free radicals, which cause oxidative stress – just like a piece of iron rusting  and disintegrating – the brain cells diminish when under oxidative stress.

Anti-oxidants may be superfoods such as cod liver oil for vitamins A and D, organ meats, raw milk as well as certain berries and supplements such as CoQ10 (also found in heart), astaxanthin (found in wild salmon) and vitamin C.

In a study funded by the National Institute of Health and published in the New England Journal of Medicine in 2013, researchers found that carbohydrates dramatically increased blood sugar and increased free radicals.

Researchers were testing blood sugar and mental decline. In a median followup of 6.8 years they found a significant increased risk of dementia in direct correlation to blood sugar even in non diabetics! The researchers concluded,

Our results suggest that higher glucose levels may be a risk factor for dementia, even among persons without diabetes.

This is a powerful take home message. It is actionable by everyone via food and exercise choices.

Glucose levels were found to be significantly associated with hippocampal atrophy. The researchers concluded,

These findings suggest that even in the subclinical range and in the absence of diabetes, monitoring and management of plasma glucose levels could have an impact on cerebral health. If replicated, this finding may contribute to a reevaluation of the concept of normal blood glucose levels and the definition of diabetes.

These are powerful words.

What is So Damaging About Glucose?

Glucose binds to proteins (protein is also DNA) . This is called glycation.

When glycation occurs, this upregulates inflammation and the damaging effects of oxidative stress and free radicals occurs on many tissues in the body including the brain.

THIS IS THE MECHANISM OF KILLING BRAIN CELLS!

So food choices are fundamentally important.

How Do We Measure Glycated Proteins?

Hemaglobin A1c is a glycated protein (another name is glycated hemoglobbin or glycosylated hemoglobin) that is used to measure average blood sugar over 3 month period.

But it is also a powerful marker of brain aging.

This study published in Neurology in 2005 showed a link between higher HbA1c blood markers and brain shrinkage (atrophy). Even though HbA1c levels of 5.6 – 5.8 are still considered within normal range, even these ranges showed a high rate of brain cell death. With higher HbA1c numbers the atrophy is worse.

I don’t know about you, but I’m going to run and get my HbA1c measured!

On serum testing, fasting glucose that is considered normal is really way too high!

The ideal for optimum health:

Your Brain on Grains – Much Worse Than We Thought

In our Standard American Diet, grains are emphasized and encouraged and fats discouraged. This has lead to the sorry state we are in now.

Grains are quickly broken down into sugar and without fat to balance the effects, it leads to many imbalances in metabolism.

A change in diet is a proactive strategy to protecting many organs and tissues in the body and particularly the brain. As outlined above, there is cutting edge research that suggests that sugar drives inflammation and inflammation drives free radical damage, accelerated aging and loss of brain tissue.

All these events lead to the epidemic we are seeing in cognitive decline, resulting in Alzheimer’s and dementia.

The Solution to Dementia

A grain-free diet has been used to improve many conditions – including diabetes, digestive conditions, heart disease and dementia. You can be assured that there will be no gluten if you follow a grain free diet.

If you want to learn how to cook without grains and gluten check out my Go Grain-Free on-line class.