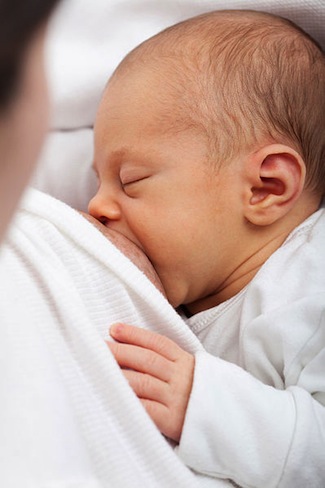 Did you know that scientists have now cataloged over 500 different species of bacteria in human breast milk? Are you surprised?

After all, we know that there are over 500 species of bacteria in the human gut that have been identified — and maybe much more that have not been identified. But the species in the breast milk are different than those in the gut. This indicates that we are walking super-organisms — certainly not sterile.

This study published in the Journal of Clinical Nutrition, revels changes to the breast milk microbiota. Interestingly, the breast milk species change through the course of lactation and are significantly different than in other parts of the human body.

The researchers found that the bacterial species in breast milk are also different in mothers who are obese. Additionally, the species differ due to the mode of delivery of the baby as well.

We have known that the first contact of bacteria with the neonate is from passage through the vaginal canal during birth. A child born through C-section will accumulate bacteria from the caregivers.

This study indicates that breast feeding is another very important delivery system of bacteria to the child.

According to the researchers of this study, the bacteria in breast milk are not contaminates, but rather,

the most important postpartum element in metabolic and immunologic programming of health of neonates.

These findings indicate the importance of breast feeding in fashioning the developing microbiome of the infant. We know how important beneficial bacteria are to our health and this study emphasizes the fact that there is so much we do NOT know about how they support the infant.

In this study, breast milk samples were taken from colostrum, from the first month and the sixth month. The researchers noted that the human milk microbiome changed over the course of lactation.

They noted that the milk of obese mothers had less diversity and that milk samples from elective but not from nonelective mothers who underwent cesarean delivery contained a different bacterial community than did milk samples from individuals giving birth by vaginal delivery.

This suggests that it is not the c-section so much as the absence of physiological stress or hormonal signals ( in the case of elective c-section where the hours and hormonal changes associated with labor are not experienced) in the mother that could influence the microbial species in the milk.

The researchers conclude that,

Our results indicate that milk bacteria are not contaminants and suggest that the milk microbiome is influenced by several factors that significantly skew its composition. Because bacteria present in breast milk are among the very first microbes entering the human body, our data emphasize the necessity to understand the biological role that the milk microbiome could potentially play for human health.

One usually doesn’t think about breast milk being raw, but it is. If breast milk isn’t contaminated then neither is the raw milk from other mammals, particularly cow.

Furthermore, the raw milk that a cow feeds a calf is full of the same kind of beneficial microbial communities that the calf needs to thrive. If people thought of raw milk in the same way as breast milk (and they realized that when we speak of raw milk, we are referring to milk from cows on pasture that are humanely treated) maybe there wouldn’t be so much misunderstanding about it.

If you breast feed would you then feed your child raw milk when they are old enough? Leave a comment and let me know!