Yet Another Reason To Avoid Wheat – New study 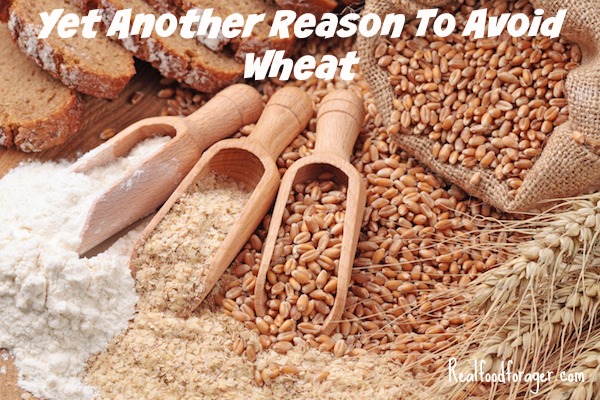 Wheat contains recently understood substances called amylase-trypsin inhibitors (ATIs) which have been found to activate a part of the immune system that increases intestinal inflammation.

A new study published in Gastroenterology in April 2017, tested 38 gluten containing and gluten free products and measured the amount of ATIs present. Furthermore, they tested the biological activity of these ATIs from the various foods.

The Problem with Wheat

Wheat gluten is a protein that is subdivided into many different gliadins and glutenins. These gluten proteins are high in proline and glutamine. Because of this structure, they are partly resistant to the effects of intestinal enzymes. This results in undigested peptides that can be sensed by the intestinal immune system and cause an immunologic response.

In people with celiac disease, these gluten peptides are bound by the human lymphocyte antigen HLA-DQ2 or HLA-DQ8 (the major and necessary genetic predisposition for celiac disease) and cause activation of T cells.

Wheat is Problematic Even for People Without a Celiac Diagnosis

There are so many problems with wheat and the gluten in wheat.

1- Zonulin: We know that a substance called zonulin opens up the spaces between the cells of the intestinal lining. That normally occurs, in order for nutrient and other molecules to get in and out of the intestine. However, when leaky gut is present, the spaces between the cells open up too much and this allows the larger protein molecules to get into the bloodstream where an immunologic reaction can take place.

Once that happens, the body is primed to react to those proteins each and every time they appear. Zonulin is activated by many substances, for example, the gliadin or gluten in wheat.

We know that gliadin causes zonulin levels to increase in people with the genetic pre-disposition to celiac disease. As zonulin levels go up, the tight junctions become lax, widening the space between the cells of the lining and increasing gut permiability.

Now the gut membrane has spaces which allow large food particles into the body that shouldn’t be there. These are noticed by the immune system and targeted as foreign. An immune response ensues and the worse it gets, the more damage to the enterocytes (cells of the intestinal lining) – in the process, the microvilli may be damaged (in the case of celiac) and eventually flattened. That is a condition that makes it very difficult to absorb nutrients.

2- Gliadin: Like gluten, gliadin is a trigger for people who are not celiac.

A study published in the Scandiavian Journal of Gastroenterology in 2006 clearly showed that gliadin can affect zonulin even in people without the genetics for celiac.

This is extremely significant because it means that anyone who eats food containing gliadin is at risk for developing leaky gut from this food. What foods contain gliadin? The same as gluten – grains contain gliadin.

The gluten-free diet is conventional treatment for celiac. Some people do very well with this but there is research that shows that only 66% of celiacs fully heal on the gluten-free diet after 5 years. These folks need a stricter diet and a gut healing protocol.

3- Lectins: Another trigger for leaky gut is the ingestion of lectins in wheat. Lectins are manufactured by plants as a way to protect themselves from predators. They are actually plant poisons. Lectins are most concentrated in the seed. Proper preparation of grains like soaking, sprouting and sourdough fermentation may eliminate much of the lectins, but let’s face it — most people eat bread products that have not been properly prepared. Therefore they are at risk for digestive irritation and the resulting leaky gut.

The lectin called wheat germ agglutinin (WGA) or wheat lectin is particularly difficult to break down.

4- Phytic acid: Phytic acid is an organic acid that is present in the bran or hulls of all seeds (this includes all grains, legumes and nuts) and blocks the uptake of critical minerals like phosphorus, calcium, magnesium, iron and zinc. Phytates have been studied extensively and findings show that phytates contribute to widespread mineral deficiencies in third world countries.

Phytic acid also inhibits enzymes that we need to digest our food. These include pepsin, amylase, and trypsin, which is needed for protein digestion in the small intestine. Clearly, eating foods high in phytic acid will reduce your body’s ability to digest and assimilate your food.

5- Modern wheat: Modern wheat has been hybridized to aid growth and benefit growers – not to benefit the nutrition. In fact, when people who have been wheat sensitive start using heritage wheat like Einkorn or Emmer strains, and start to prepare it properly, some find that they can tolerate it well.

Interestingly, the “new wheat” that we grow in the United States was introduced to farmers in the 1970s to increase yield. It definitely increases yield up to 10 fold.

However, it has been postulated by Dr. William Davis (author of Wheat Belly) that it also increases calories per day consumption in those who eat grains.

Back to the study.

They extracted the ATIs and the effects of them on mice and human cell lines for intestinal inflammation were studied.

ATIs work by stimulating toll-like receptor 4 (TLR4) which, in turn, activates the innate immune system and cause inflammation.

1- The gluten containing foods had ATI levels as much as 100 times higher than in the gluten free foods.

2- Most older wheat variants (such as Emmer or Einkorn) had lower bioactivity than modern (hexaploid) wheat.

3- ATI species CM3 and 0.19 were the most prevalent activators of TLR4 in modern wheat and were highly resistant to intestinal breakdown.

4- Ingestion of the ATIs induced modest intestinal myeloid cell (immune cell) infiltration and activation, and release of inflammatory mediators-mostly in the colon, then in the ileum, and then in the duodenum. Dendritic cells (messenger immune cells) became prominently activated in mesenteric lymph nodes (intestinal lymph nodes).

Gluten-containing cereals have by far the highest concentrations of ATIs that activate TLR4. Orally ingested ATIs are largely resistant to proteases and heat, and increase intestinal inflammation by activating gut and mesenteric lymph node myeloid cells.

What this means is that gluten containing foods have high levels of ATIs and these substances activate intestinal inflammation.

We have known about all the above reasons (and more) to  quit wheat and gluten and here is yet another good reason, even if you do not have celiac disease.

If you have allergies or an autoimmune disease, this is a very good reason to quit wheat and gluten.

Get the Most Current Information about healing Leaky Gut!

Antibiotic Resistant Bacteria Look Out – Bacillus Subtilis to the Rescue!