Why Conventional Allergy Testing Is Not Accurate and Not Enough 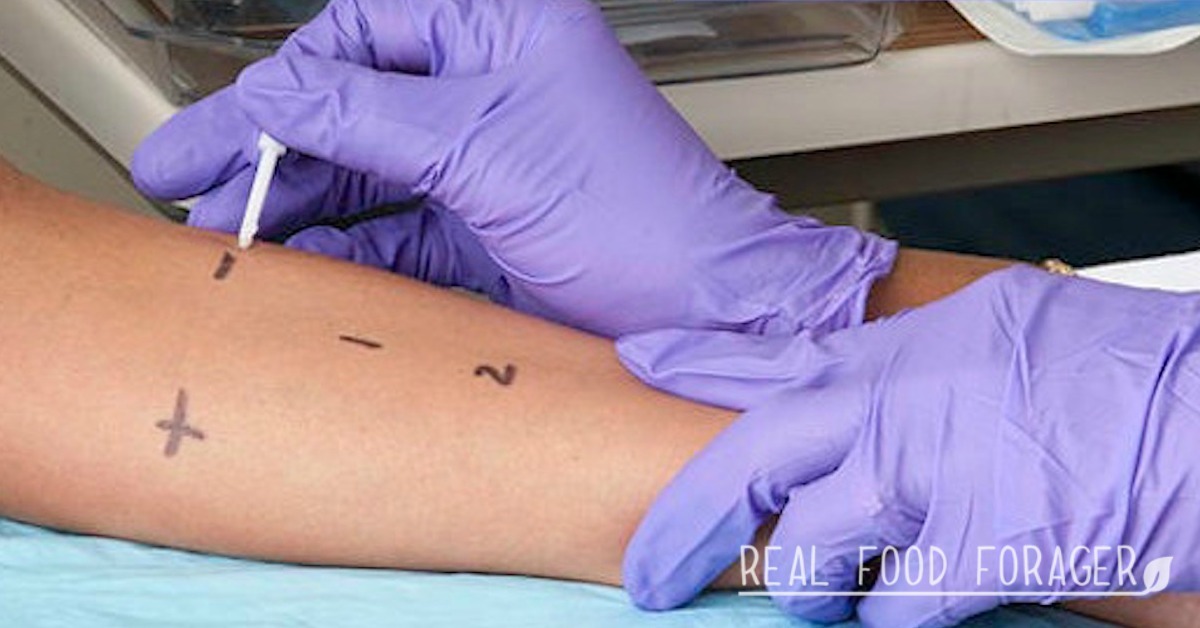 Conventional allergy testing is not accurate and not enough because it only tests one arm (IgE) of the immune system.

What they don’t realize is that most allergy tests evaluate only one or two aspects of the immune system and will not give an accurate, reproducible and reliable answer.

Over the years I have used many different labs and have come to the conclusion that most of the lab testing only helps some of the people some of the time. This had been a frustration of mine because I would like to have a reliable test for gluten sensitivity.

Finally I think I have found one!

I have talked about the various arms of the immune system in other articles.

In this article I will be going over the talk given by Dr. Aristo Vojdani at the Gluten Summit. Dr. Vojdani is an accomplished immunologist and microbiologist and as technical director of Immunosciences Lab., and Chief Scientific Advisor at Cyrex Laboratories, he is at the cutting edge of immunology today.

Why Conventional Allergy Testing Is Not Accurate and Not Enough

The conventional skin prick test for IgE allergies is not enough.

Studies show that 40% of children and 50% of adults have a false negative, because this test only measures one aspect of the immune system. Skin prick testing is not enough. But this is the only testing a conventional allergist will give – along with a few blood test – all for IgE allergies.

The skin prick test has many false negatives, in particular for food allergies – milk, soy, corn, etc. Patients may also react to the alcohol or the acetone in the serum.

However, skin testing is good for environmental inhalants.

Cytokines may also be mediators of abnormal symptoms.

Therefore, according to Dr. Vojdani, it is critical to measure IgG, IgM, IgA as well as IgE against environmental factors to avoid missing a significant percentage of patients.

An IgE allergy can be very dangerous i.e. a peanut allergy with an immediate reaction – the blood test is more accurate than the skin prick test for this type of allergy.

The skin prick test is 120 years old. You must have both tests for IgE immediate allergies.

For skin testing, many companies make extracts of allergens (for food).

The majority of companies make the extracts from raw foods – this is not accurate because most people do not eat raw meat.

Additionally, some people react to raw foods and some react to cooked foods. The results from this test may be invalid, or falsely negative.

This can make it difficult to find out which food caused the reaction. Furthermore, additives make foods more antigenic. Some end product foods may cause a reaction.

It can take days for symptoms to emerge and this will make it very difficult to identify which food is causing the reaction.

For example, take a conventional hot dog, which is generally made of protein, gluten, preservatives, spices and whatever else is added.

Of course, this indicates that we should be eating real, unprocessed foods, anyway.

Here is more about testing for delayed food allergies and waht to do with the results.

Dr. Vojdani has been on the cutting edge of this kind of testing. He feels that you have to look at IgG, IgA and IgM together.

Normally we should not react to food.

However, the immune system sometimes makes mistakes or has an unknown trigger and makes antibodies to food. Any immune reaction which begins in the GI tract results in IgA production.

IgA is first secreted in saliva and mucosal areas. The overflow enters the blood and causes further immune reactions as the body tries to make antibodies against the foreign particles.

IgA is the major antibody responsible for mucosal immune reactions against food.

The mucosa is where the outside environment meets the inside of the body, including the inside lining of the GI tract. As discussed in previous articles, with any inflammation causing leaky gut, the tight junctions in the gut barrier open and let unwanted antigens through, causing an immune reaction.

This is the gateway to autoimmunity. The blood lymphocytes react against the food antigens and IgG or IgM is produced. These are produced when IgA can’t cope with the scale of the invasion. IgA is unique to the mucosal antigens and IgA and IgM both occur when food gets into circulation.

According to Dr. Vojdani, in order to properly assess the patient, we must look at all the antibody isotopes:

A 2011 study found saliva testing to be almost 100% accurate in identifying celiac disease.

This test measures IgA and IgM in saliva for early detection of gluten sensitivity and celiac disease.

The beauty of this test is not only that it is simple and non-invasive, but it allows the patient to take preventive measures. IgA appears sometimes 5 or 10 years before the onset of the disease and IgA is accurate for babies 3 months after birth.

Babies from one or both parents that have celiac or gluten sensitivity should certainly be tested as early as possible. This can help prevent so many problems that may go undetected.

Although I know I am gluten sensitive, I would be very interested to see what the test shows for me!

Testing for Pure Peptides Is Reliable

This is why testing from different labs can result in different results – they may use different methods that are not reliable.

Testing for Multiple Peptides of Gluten

Only 50% of celiac patients have elevated antibodies to alpha gliadin (what conventional testing checks for) – what about the other 50% that test negative?

There are many different components of gluten that may trigger an immune response. We need to check more than just one component. There are now have tests available for ten different peptides of gluten.

These must be used for better accuracy in patient testing.

The Most Accurate Test

There is now a very accurate and sophisticated test from Cyrex Labs that tests for the various components of gluten, such as, alpha gliadin 30-mer, Gamma gliadin, Omega gliadin, Glutenin, Gluteomorphins, and Wheat germ agglutinin.

Testing for these important components will pick up sensitivities to gluten before celiac disease can develop with all the intestinal damage that ensues.

It is very important to test for the individual components because, for example, wheat germ agglutinin may cause immune reactions that can go to extra-intestinal areas such as joints and brain.

This test picks up the 50% that tests negative to the conventional testing.

The immune system makes IgA or IgM antibodies at the first encounter. These antibodies may be detected for up to 3 months in blood and saliva. After the antibodies are gone, memory cells remember the exposure and at a second exposure, the memory lymphocytes are triggered immediately.

At the first exposure, it takes a few milligrams to trigger a reaction. But as time goes by, later exposures require only a few micrograms and then eventually only a trace amount can trigger a reaction, because the memory B cells will remember.

Clearly, after the first exposure, it’s the minutiae that can cause an immediate immune response. This means that a miniscule particle of the offending molecule can cause havoc.

This is the reason rotation diets are not good, because any trace allergens will cause a reaction no matter how long you wait in between exposures.

After eliminating the offending food for months if there is an inadvertent exposure, it will be worse then ever, due to the memory lymphocytes.

Furthermore, a rotation diet or a gluten challenge can trigger an autoimmune response that can develop and attack other areas of the body such as the joints, heart or brain.

Clearly, allergies are much more complex and important than we are lead to believe.

In fact, allergies are the gateway to autoimmunity. We have to remove the environmental triggers in order to prevent the autoimmune disease.

This is very exciting new information about allergies, gluten and advanced testing!