When Cancer Screening Does More Harm Than Good 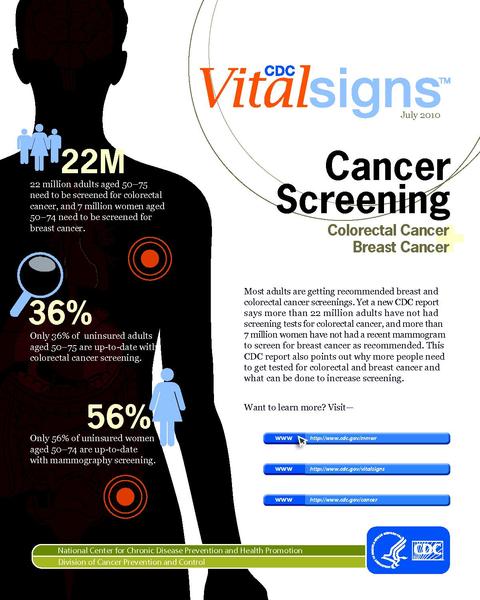 Cancer screening may find treatable cancer at an early stage . However, studies show that it may also cause over-diagnosis and over-treatment.

Over-Diagnosis Leads to Over Treatment

Over-diagnosis is the detection of pseudo disease—screening-detected abnormalities that meet the pathologic definition of cancer but will never progress to cause symptoms or death. On autopsy, many people are found to have been living with these pseudo cancers — having died from something else entirely.

The consequence of over-diagnosis is over-treatment — conventional surgery, chemotherapy, or radiation. This type of treatment provides the patient no benefits at all, but only adverse health consequences.

This study shows that cancer screening programs designed to reduce the rate of late-stage disease and decrease cancer mortality have not performed as well as expected. These screening also appear to have produced significant increases in early-stage disease, without a proportional decline in later-stage disease — which indicates over-diagnosis.

Breast, Prostate and Thyroid Cancer Screenings Among the Most Problematic

This study published in the New England Journal of Medicine in 2012 evaluated breast cancer screening using Surveillance, Epidemiology, and End Results data to examine trends from 1976 through 2008 in the incidence of early-stage breast cancer (ductal carcinoma in situ and localized disease) and late-stage breast cancer (regional and distant disease) among women 40 years of age or older.

Despite substantial increases in the number of cases of early-stage breast cancer detected, screening mammography has only marginally reduced the rate at which women present with advanced cancer. Although it is not certain which women have been affected, the imbalance suggests that there is substantial overdiagnosis, accounting for nearly a third of all newly diagnosed breast cancers, and that screening is having, at best, only a small effect on the rate of death from breast cancer.

Have you ever been informed about over-diagnosis by your physicians when discussing cancer screening? I know I haven’t.

Harm from Over-Diagnosis of Breast Cancer

You may know someone who had a finding on screening mammography. This means more x-rays to the sensitive breast tissue. It may have led to a biopsy — an extraordinarily painful procedure — or other testing, simply to find out that nothing was wrong.

Yes, it is overwhelmingly relieving to receive that conclusion, but going through the testing is exceedingly stressful — not to mention the additional radiation to the breast, the cutting of tissue and the emotional strain as well as the little voice in the back of your head that worries about the next time the testing is done.

All of these things have a consequence on the health of an individual.

For prostate cancer, the screening is a simple, relatively non-invasive blood test. If the number comes up high, a biopsy is performed — not taking into account a false positive on the blood test. This research was to examine the relationship between PSA testing, prostate biopsies or treatment for newly diagnosed prostate cancer.

PSA testing was associated with modest reductions in prostate cancer mortality and large increases in the number of men overdiagnosed with and overtreated for prostate cancer. The results are similar to those obtained by the large European randomized prospective trial of PSA testing.

Thyroid cancer is the most common endocrine malignancy and one of the fastest growing diagnoses. The introduction of imaging techniques such as ultrasound with guided biopsy, computed tomography and magnetic resonance imaging has allowed the detection and biopsy of thyroid nodules as small as 2 mm.

The incidence of small and indolent thyroid cancer is increasing, exposing patients to treatments inconsistent with their prognosis. We suggest a term that conveys the favourable prognosis for low risk thyroid cancers (micropapillary lesions of indolent course or microPLICs) and call for research to identify the appropriate care for these patients.

This can be extreme when the thyroid is removed due to the nodules. Patients having thyroidectomy may experience physical complications, financial and psychosocial burdens, and need lifelong thyroid replacement therapy.

Not fun — especially when it is not necessary.

In March 2012, the National Cancer Institute (NCI) convened a workshop to evaluate and discuss the potential approaches to the problem of overdiagnosis. At that time, a working group was formed “to develop a strategy to improve the current approach to cancer screening and prevention,” and the resulting recommendations by the group to the NCI were summarized in a Viewpoint article in JAMA.

At the European Cancer Congress 2013, Dr. Philippe Autier, MD, MPH, vice president of population studies at the International Prevention Research Institute in Lyon, France, said that screening for colorectal cancer (CRC) reduces mortality from the disease. The evidence for this is strong and clear, much more so, than for either breast or prostate cancer screening.

Research Shows that Nationwide Screening Should Be Targeted at Colorectal Cancers

These researchers believe that funding for nationwide screening programs should be targeted at colorectal cancer.

Dr. Autier presented data from a large a European survey, spanning the years 1998 to 2010, which showed that the largest falls in CRC mortality were seen in the countries where the greatest proportions of the population were screened (whether by fecal blood tests or sigmoidoscopy or colonoscopy). The method of screening is is apparently not as important as is doing some kind of screening.

There is a clear relation between randomized clinical trials, data from cancer registries, and declines in CRC mortality over time… it seems to us that there is now an irrefutable case for devoting some of the resources from breast and prostate cancer screening to the early detection of CRC.

A colonoscopy is a procedure that does have some risks, but clearly they are far outweighed by the benefits. A polyp can be removed very easily during the test and it can prevent cancer from occurring.

There appears to be no such similar, logical sequence between randomized trails and population studies for breast cancer screening. For prostate cancer, the situation is even more controversial. Another presentation at the meeting concluded that screening with prostate-specific antigen results in more harm than benefit.

There is a very high risk of a false positive with breast and prostate cancer screening, as well as the potential for over-diagnosis and over-treatment, and this screening leads to an increase in the incidence of these cancers.

In this study published in the Journal of the American Medical Association in 2009, by Drs. Esserman and Thompson they called for a “rethinking” of prostate and breast cancer screening, in part because of the over-treatment of indolent and low-risk lesions.

After 20 years of screening for breast and prostate cancer, several observations can be made. First, the incidence of these cancers increased after the introduction of screening but has never returned to prescreening levels. Second, the increase in the relative fraction of early stage cancers has increased. Third, the incidence of regional cancers has not decreased at a commensurate rate. One possible explanation is that screening may be increasing the burden of low-risk cancers without significantly reducing the burden of more aggressively growing cancers and therefore not resulting in the anticipated reduction in cancer mortality. To reduce morbidity and mortality from prostate cancer and breast cancer, new approaches for screening, early detection, and prevention for both diseases should be considered.

These issues have opened up a dialog in the scientific community about which cancers are a real threat.

Have you thought about these cancer screenings and what they may bring? Leave a comment and let me know!