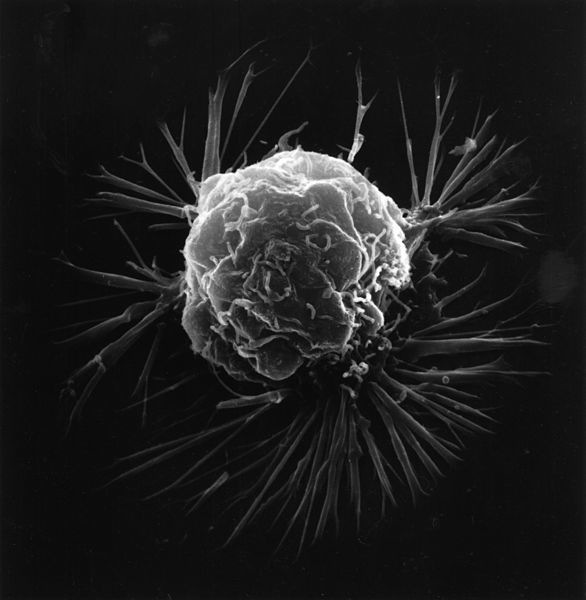 Finally, a university study on the low carb diet for cancer treatment – a study about the effects of dietary intervention on the metabolism of cancer cells.

History will be made at Duke University. The institutional review board just approved a randomized controlled trial that uses calorie restriction as a treatment for cancer — and measures a cancer-related outcome.

According to Stephen Freedland, MD, from Duke,

In the entire field of cancer research, there have only been a handful of studies of calorie restriction as a cancer treatment.

In the past 10 years there have been increasing interest in the metabolism of cancer cells — and how that can impact dietary interventions.

According to Rainer Klement, MD, a radiation oncologist at the University Hospital of Würzburg in Germany,

The time is definitely ripe to test the various ways of altering cancer patients’ metabolism — be it through physical exercise, ketogenic diets, fasting, or calorie restriction. The combination of these lifestyle interventions with the standards of care seems very promising to me.

Dr. Klement has been studying the role of carbohydrate restriction in the treatment and prevention of cancer.

In 2011 Dr. Klement and Dr. Kammerer published a comprehensive review of the literature involving dietary carbohydrates and their direct and indirect effect on cancer cells. The study was published in the journal, Nutrition and Metabolism.

They hypothesized that by reducing the amount of dietary carbohydates, one could suppress or delay the emergence of cancer and/or the proliferation of tumor cells already present could be slowed.

The fact is, sugar feeds cancer –many alternative practitioners and nutritionists have known this for years. Dr. Robert Lustig has written and lectured about this as well. Check out his Youtube video that over 3 million people have watched. Carbohydrates cause cancer cells to multiply and grow. The hypothesis that limiting carbohydrates could suppress or slow cancer growth is supported by a lot of laboratory science.

According to Dr. Klement,

…cancer cells thrive on glucose and starve on fats and ketones, which are food-derived energy units that are plentiful in low-carbohydrate diets.

According to Dr. Freedland (colleague of Dr.Klement),

The commonplace advice to avoid dietary fat is not a good recommendation to give cancer patients. They should eat a lot of fat and avoid sugar.

Someone is finally talking sense!

There have been no successful treatments for prostate cancer patients who have had surgery and are still progressing. The dietary restriction is a last ditch attempt to slow the rate of cancer growth.

The Duke study has a projected end date of 2016, is being funded by the National Cancer Institute and the Atkins Foundation, which is a philanthropic outgrowth of the famous Atkins diet enterprise. The study will employ an Atkins-like diet, where carbohydrates are severely restricted to less than 20 grams a day.

Dr. Atkins Should be Alive To See This

Dr. Atkins was the first doctor to proposed that carbohydrates, not fats, are at the center of disease. He was writing in the 1970’s and 1980’s and he took a lot of flack from the medical institutions for his statements. He stood up to the nay sayers and put his career on the line.

Most of the low carb diets popular today have their roots in the ground that Dr. Atkins broke. He should be remembered for that.

Other Centers Will Use The Low Carb Model

The researchers propose that caloric restriction may amplify the effect of radiation therapy by rendering the cancer cells more susceptible to the treatment to improve outcomes.

Finally a Study Not Funded by Big Pharma

Although the study will be partially funded by the Atkins group I highly doubt that the outcomes will be influenced in any way. Thankfully our government dollars will finally be spent on some real research that involves the power of dietary change to fight disease.

This is one study I would participate in if I had a qualifying disease. What about you? Leave a comment and let me know!