The REAL Cause of Heart Disease is NOT Cholesterol! 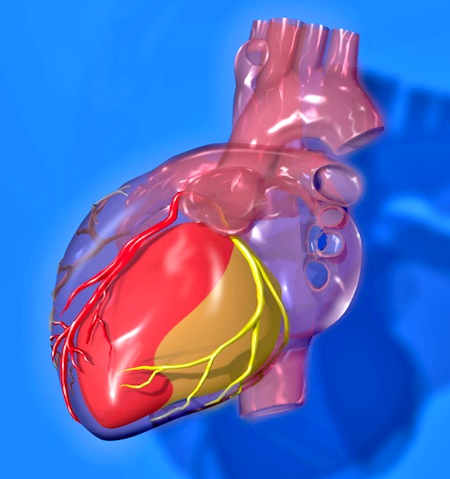 The real cause of heart disease is not cholesterol! There are other, more pertinent factors that must be considered.

Fred Kummerow, a 98-year-old researcher and emeritus professor of comparative biosciences at the University of Illinois, argues that dietary cholesterol is good for your heart. He has spent more than six decades studying the dietary factors that contribute to heart disease.

Kummerow states that dietary cholesterol is good for your heart and that there are other, more pressing factors that contribute to heart disease that have been ignored.

Oxysterols or Oxidized Cholesterol is a Major Factor in Heart Disease

In a new paper in the American Journal of Cardiovascular Disease, published in February 2013, Kummerow reviews the research on lipid metabolism and heart disease with a focus on the consumption of oxidized cholesterol, which, in his view, is a primary contributor to heart disease.

Oxidized cholesterol (oxysterols) enhances the production of sphingomyelin, a phospholipid found in the cellular membranes of the coronary artery. This increases the sphingomyelin content in the cell membrane, which in turn enhances the interaction between the membrane and ionic calcium (Ca2+), thereby increasing the risk of arterial calcification.

In 2001 Kummerow and his colleagues reported that the arteries of people who had had bypass operations contained elevated levels of sphingomyelin , one of several phospholipids that make up the membranes of all cells. The bypass patients also had significantly more oxidized cholesterols (oxysterols) in their plasma and tissues than people who had not been diagnosed with heart disease.

Increase in Sphingomyelin in Cell Membranes

The increase in sphingomyelin was a prime suspect in the blocked and calcified arteries of the cardiac patients. According to Kummerow,

Deposition of Calcium Where it Should Not Be

Other studies had demonstrated a link between increases in sphingomyelin and the deposit of calcium in the coronary arteries. Kummerow’s team searched the literature and found a 1967 study that showed that in the presence of certain salts (in the blood, for example), lipids like sphingomyelin develop a negative charge. This explains the attraction of the positively charged calcium to the arterial wall when high amounts of sphingomyelin are present, Kummerow said.

So there was a negative charge on the wall of this artery, and it attracted calcium from the blood until it calcified the whole artery.

Oxidized LDL is Another Underlying Cause of Heart Disease

While most people have been taught that LDL is the bad cholesterol, it is really the oxidized LDL that is problematic. In this study published in 1998, Kummerow et al showed that oxidized LDL contributes to heart disease by increasing the synthesis of thromboxane in blood platelets, thereby increasing blood clotting.

For years conventional medicine said to stop eating butter because it has saturated fats. However, many studies now show that it is the trans fats that are the culprit. If you are eating packaged foods made with hydrogenated, or partially hydrogenated oils, you are eating trans fats.

Cigarette Smoking is  Another Major Factor

Cigarette smoking (as well as trans fats) both inhibit the synthesis of prostacyclin, which inhibits blood clotting. By increasing the ratio of thromboxane to prostacyclin, these factors interact to interrupt blood flow, contributing to cardiovascular events and sudden death.

All of these risk factors are the result of diet or lifestyle choices. The consumption of oxysterols from commercially fried foods such as fast food like fried chicken, fish and french fries — which are fried in rancid vegetable oils that cannot withstand the high heat cooking of deep frying are an ongoing assault to the cardiovascular system.

Internal oxidation caused by consumption of trans fats in packaged foods along with smoking, are the real causes of the enormous burden of heart disease in this country.

Cholesterol is protective and may, in fact, be an innocent bystander at the site of the damage, the arterial wall.

What You Can Do To Avoid Heart Disease

The Connection Between Gluten and Heart Disease