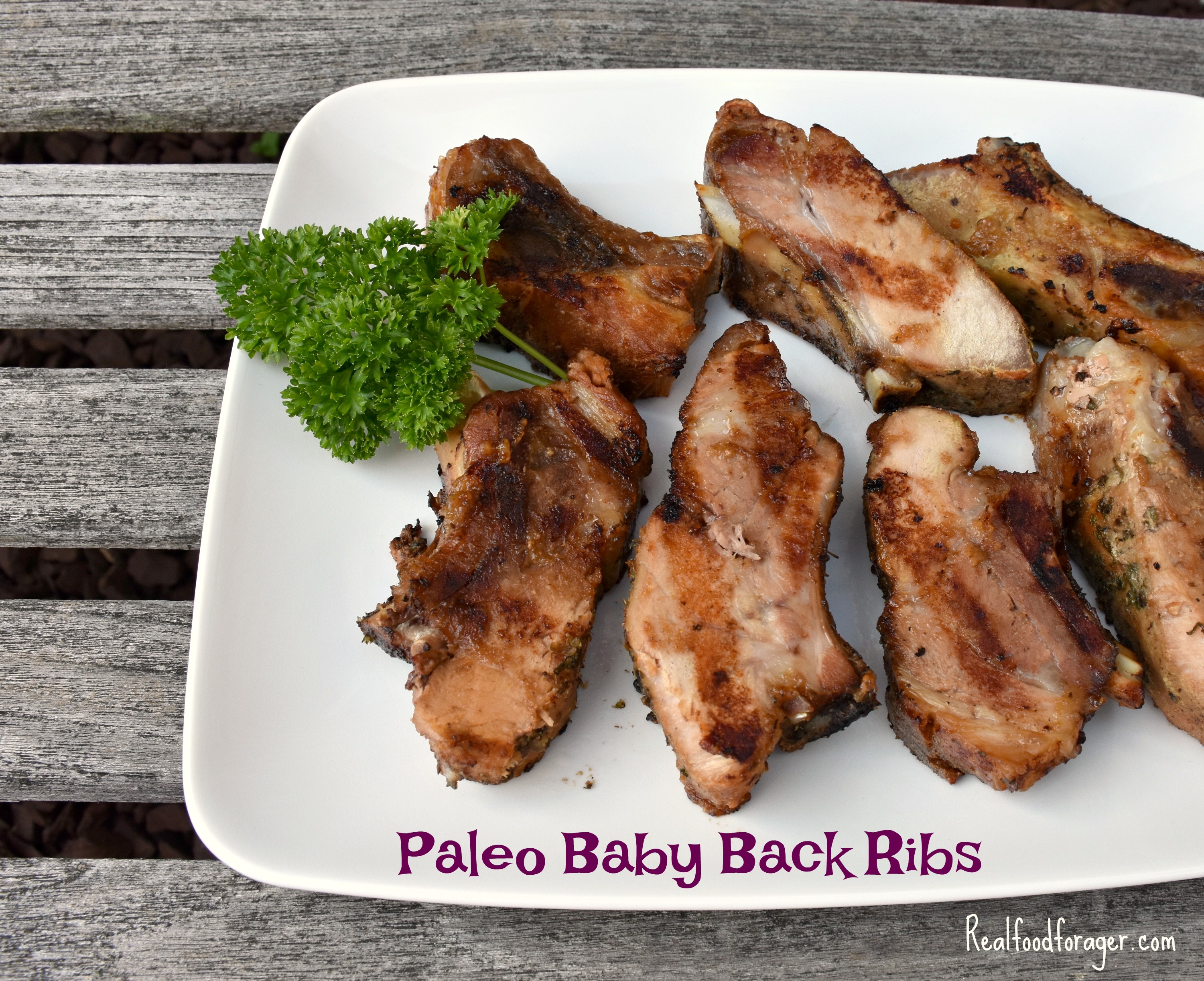 I’ve been sort of intimidated by baby back ribs. I’ve had a rack of them in my freezer for months . I finally decided to just do it!

I wanted to grill them on the barbecue, but I thought that would make them very tough. The crock pot came to my rescue.

I cooked them (you do want to be sure pork is well cooked) in the crock pot for 6 hours and then I browned them on the grill for just a few minutes on each side. They did come out great!

I used maple syrup in this recipe, but for SCD and GAPS you could simply use honey!

However, I want to discuss a few issues around pork before I get to the recipe.

I don’t think we need to go any further other than to say that perhaps a larger study group is needed. Additionally, in most scientific circles, live cell analysis is not considered objective as the technique has many variables that may confound the results.

However, many traditional cultures did marinate fresh pork for added digestibility and to kill pathogens. I am not completely without concern about unmarinated fresh pork.

Aside from the religious issues, there are some other issues with pork that need to be addressed. First off, the fact that there is a pathogen that causes the disease trichinosis, from eating undercooked pork.

Apparently, that issue was caused because people were eating pork from pigs that were fed raw meat scraps. That is now illegal even for CAFO pigs. Consequently the incidence of trichinosis in this country has dropped to near zero. The few incidences that do occur are due to undercooked game, not pork.

CAFO stands for Concentrated Animal Feeding Operations – i.e., disgusting and inhumane living conditions for livestock, including cattle, chickens and pigs, that are breeding grounds for disease.

Of course, I recommend you buy any pork from a biodynamic farmer that you know and trust to deliver meat from a humanely raised animal on pasture.

Your local Weston Price Chapter Leader can offer you resources for this type of meat.

The Saturated Fat in Pork

An obvious issue is the saturated fat. Lard? Isn’t lard bad for you? If you have been reading my blog for a while you know that I support the use of saturated fat from animals that are properly raised on pasture. Lard has been vilified, but it is actually very high in monounsaturated fat –  47% – just like the fat in olive oil. Lard is also made up of 40% saturated fats and of that, 1/3 is beneficial stearic acid which is also found in chocolate.

Lard is perfect for high heat cooking because of the stability of the fats that make up lard.

Additionally lard, is very high in vitamin D – a vitamin many people are deficient in these days.

Is Pork Safe to Eat?

The Center of Science in the Public Interest did a survey that compared relative incidence of illness caused by several food sources, such as fish and shellfish, poultry, eggs, beef produce, dairy and pork, between 1996 and 2006.

In those ten years, the most frequent foodborne illness were related to fish and shellfish with poultry next. Eggs and beef followed and then came pork with rather low incidences. Additionally, you have to remember that these were most likely incidences of illness from commercial CAFO food.

Mercola also does not recommend eating pork, because of the potential of pathogens in the pork. However, based on the graph as explained above, this can happen in all food items, especially CAFO meats.

All that said, enjoy your pork!