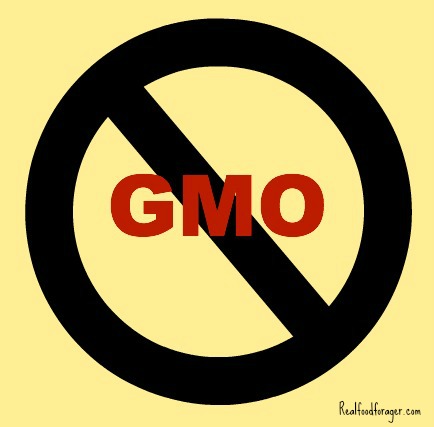 This week Congress will vote on HR 1599. HR1599 basically overturns democratically passed state GE labeling laws. This bill does not meet the concerns of Americans about what’s in their food.

What it really does is deny states the right to pass meaningful mandatory GMO food labeling bills.

• Establish a federal policy of voluntary labeling for GMOs that is doomed to failure
• Create a federal government bureaucracy for non-GMO labeling, usurping the private system that’s already working well, such as the non-GMO Project – I look for that label on any packaged food I might buy
• Prevent state and local governments from implementing any sort of oversight of GMO crops, even when the federal government has declined to regulate them

Monsanto representatives must be doing the happy dance. This bill will allow big corporations that make and use GMOs to continue to hide them from consumers, keeping Americans in the dark about what is in their food. It also means an end to all local or state efforts to protect non-GMO farmers from contamination, damaging family farmers and posing a serious threat to a valuable segment of the agriculture industry. (Like our local organic farmers!)

The vote on this destructive bill could occur as soon as July 23rd, so we need to act now! Please help!

Vermont, Connecticut, and Maine have all passed labeling laws, and dozens more states are considering them.

At the local level, citizens have organized to protect non-GMO farmers from contamination by passing local bans on planting GMO crops. Many local government ordinances restricting GMO crops have been in place for over a decade, in states such as California, Oregon, Washington, and Hawaii. Just this past month, a court upheld a Jackson County, Oregon law establishing a GMO-free zone. This and numerous other state and county ordinances would be overturned by H.R. 1599.

The bill goes even further by forbidding state and local governments from any sort of oversight of GMO crops, even when the federal government has declined or failed to regulate them. Yet these local controls have been adopted in areas based on overwhelming public support, and in order to protect very valuable non-GMO agricultural industries. It is undemocratic and bad for our economy to overturn these local laws.

For instance, you may remember back in 2013 and 2014, GMO wheat was found in Oregon and Montana even though it had only been planted in test fields and never commercially developed.  Several trade partners stated that they would not take any contaminated wheat, triggering extensive testing.

Get more information on this issue here

The word on Capitol Hill is there are Representatives that are on the fence about this and phone calls from their constituents will be very helpful for them to understand HOW they should vote. Ultimately, they want to be re-elected so what you think really matters!

You can find out who represents you by going to www.house.gov or by calling the Capitol Switchboard at 202-224-3121. Look up your representatives direct phone number here.

Now call your representative and please be polite and tell them to OPPOSE HR1599 because you have a right to know what is in your food and this bill has been created to prevent you from doing so.

Phone calls matter. They do because they know that even if one constituent calls, it represents many more people that are concerned but didn’t make the call. Make the call now! Please!