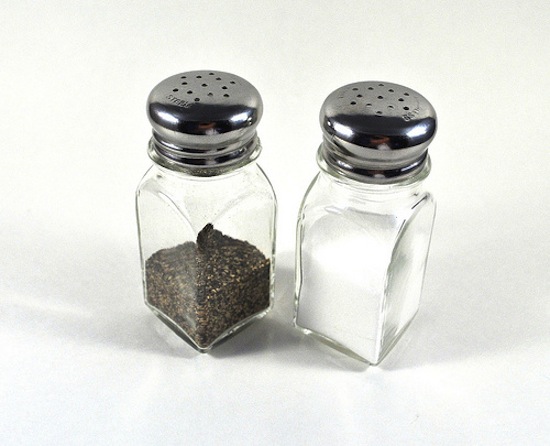 Salt is not the enemy. Salt was so valuable in our history, it was used as currency. Here are 5 reasons to eat salt.

Recently, British research published by The Cochrane Library, found that while cutting salt consumption did appear to lead to slight reductions in blood pressure, that was not translated into lower death rate or heart disease risk.

Rod Taylor of Exeter University, led the review and stated,

…with governments setting ever lower targets for salt intake and food manufacturers working to remove it from their products, it’s really important that we do some large research trials to get a full understanding of the benefits and risks of reducing salt intake.

People who eat a lot of packaged foods will consume a lot of salt – maybe more than they should. But people who eat a diet of real fresh food actually need to add salt to their food.

Salt is essential to life and to good health. It provides the elements sodium and chloride. While sodium is present in various foods, all the chloride ions only come from NaCl – salt.

These two elements are absolutely necessary for the infinite metabolic processes occurring in the body at any given time.

The sodium in salt is necessary for the regulation of blood volume and pressure. While there are some individuals who are salt sensitive, the majority of people will not be affected by a reduction or a dramatic increase in salt intake. Herein lies the problem of blaming salt for increasing blood pressure. In most people, salt makes no difference. There are many other reasons for increases in blood pressure, such as stress, age, exercise, genetics and diet.

The adrenal glands need salt for the transport of vitamin C into the gland. Vitamin C is a vital cofactor to enzymes that are involved in the production of adrenal hormones. The adrenal hormones include epinephrine and norepinephrine, all the sex hormones such as estrogen and progesterone, aldosterone which regulates blood pressure and other hormones that help regulate mineral metabolism and stress responses. Salt craving is a sign of low adrenal function.

Infants require salt in order for their brain cells to develop. It has been found that infants fed formula without salt had problems in neurological development.

In order for neurons to communicate with each other and send messages to all parts of the body, the proper concentration of sodium and chloride ions is necessary. Action potentials (the firing of neurons) are only achieved with sodium and chloride present in sufficient quantities.

Salt provides us with sodium and chloride ions that are needed to expedite digestion. The enzymes that facilitate carbohydrate breakdown are sodium dependent. Sodium is also required for the manufacture of bile which helps emulsify fats for easy absorption. Chloride, which only comes from dietary salt, is necessary for the body to make hydrochloric acid. HCl is needed for protein digestion. Adequate HCl is also needed to protect us from pathogens that may enter the body through the mouth with food.

Salt has been Demonized

While salt is an essential component of our body (the body contains about 8 ounces of salt) it has been demonized almost as much as cholesterol. Current USDA Guidelines call for lowering the amount of salt Americans should consume to as low as 1500mg a day in at risk people. Again we have a guideline for lowering a substance that is totally necessary for good health but the recommendations are opposite. We are born with salt receptors for a reason — we crave salt for a reason. We need it.

Traditional cultures placed an extremely high value on salt. In fact, those that were in control of salt, were healthier and richer than those who were not. Salt was one of the first substances to be traded due to its high value. To quote Sally Fallon Morrel,

A certain political pattern emerges: where salt was plentiful, the society tended to be free, independent and democratic; where it was scarce, those who controlled the salt controlled the people. For example, along the shores of the Mediterranean and the North Sea, where salt was plentiful, farmers and fishermen nourished free societies. In contrast, areas of the world that had to import most of their salt or obtain it from small, isolated sources show a more autocratic pattern, a history of frequent conflict, monopoly and all-powerful rulers. In the ancient river valley civilizations of the Nile, Babylon, India, China, Mexico and Peru, the kings and priests maintained their rule and obtained their income through their monopoly of salt, on which the population was hopelessly dependent.

Of course, today, we have access to plenty of salt that has been highly processed, with other substances added or substances removed. Typical conventional salt has all the trace elements removed and is “pure” salt — except for the flow agents and possibly iodine added.

If you are eating fresh whole foods you will need to add salt to your meals. However, use a good sea salt that has all the trace minerals in it and one that is minimally processed.

Where to find a good quality sea salt.

The Salt of the Earth

Get Your Salt from Ancient Sea Beds – Natural and Pure